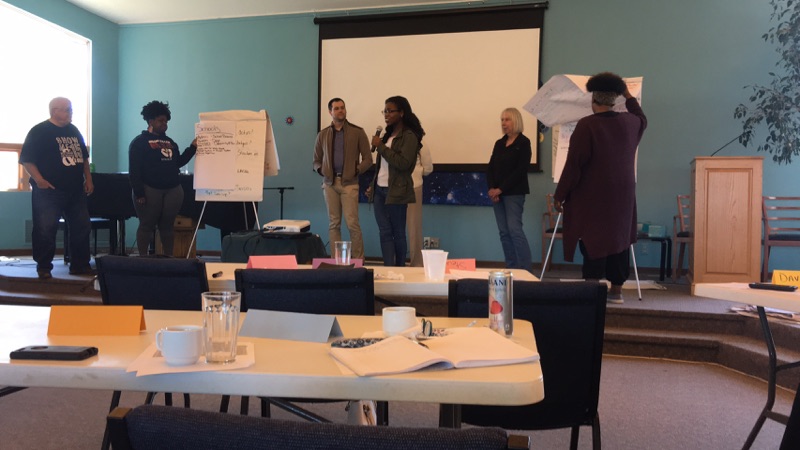 In the mid-1980s, rural farmers in Missouri experienced a crisis that led them to organize and build a multiracial movement because Missourians all face the same common enemy-the government being controlled by money. During this time foreclosure was rampant and unemployment for blacks was at an all-time high. Rural farmers began to formulate different opinions of thinking unemployment in the black community was due to laziness but realized this was based on systemic issues that plague non-wealthy whites and other communities of color. Narratives of race and class have divided us for so long since it seems impossible to build what we saw in the 1980s here in Missouri, a multiracial movement. Since 2016 it has become more apparent now than ever, we all face issues of housing, drug abuse and even job inequality amongst other issues in our communities; the wealthy 1% is not being affected by awful policies and laws but the 99% is. Thanks to local Missouri grassroots organizations and Missouri Organizing Voter Engagement Collaborative (MOVE) for coming together to develop a Black/Rural Power Building Summit for staff and leaders to think about ways to build a more diverse movement.

Grassroots organizations planned a two day training with one day dedicate to staff and the second dedicated to leaders. On day one staff were able to use tools to strategize and unblock unhealthy habits through having conversations about race and how it now only shows up in our movement but in our communities too. On day two leaders from across 5 organizations were able to come together and discuss what brought them to this moment and why this moment is important to them. Leaders had breakout sessions to think with people they typically don’t work with to work out what was the common enemy and inviting people into the work with us. Leaders and staff agreed on commitments to engage people in their community and come together again 2 more times this year to build a more diverse and multiracial movement.

2018 isn’t a presidential election year but it is an important election year for the communities organizations represent across the state. Right to Work impacts working families by limiting union representation, Raise Up Missouri will raise wages for working families and CLEAN Missouri will help clean up the pay to play that keeps politicians accountable to corporations and not the people who elected them. Just like the staff and leaders representing grassroots organizations, together we must make a commitment to mold and shape our movement to become more of an inclusive democracy for all people. There are people who have stopped complaining and are willing to create a new vision. Will you join OBS this summer to reach out to communities and build a stronger movement?