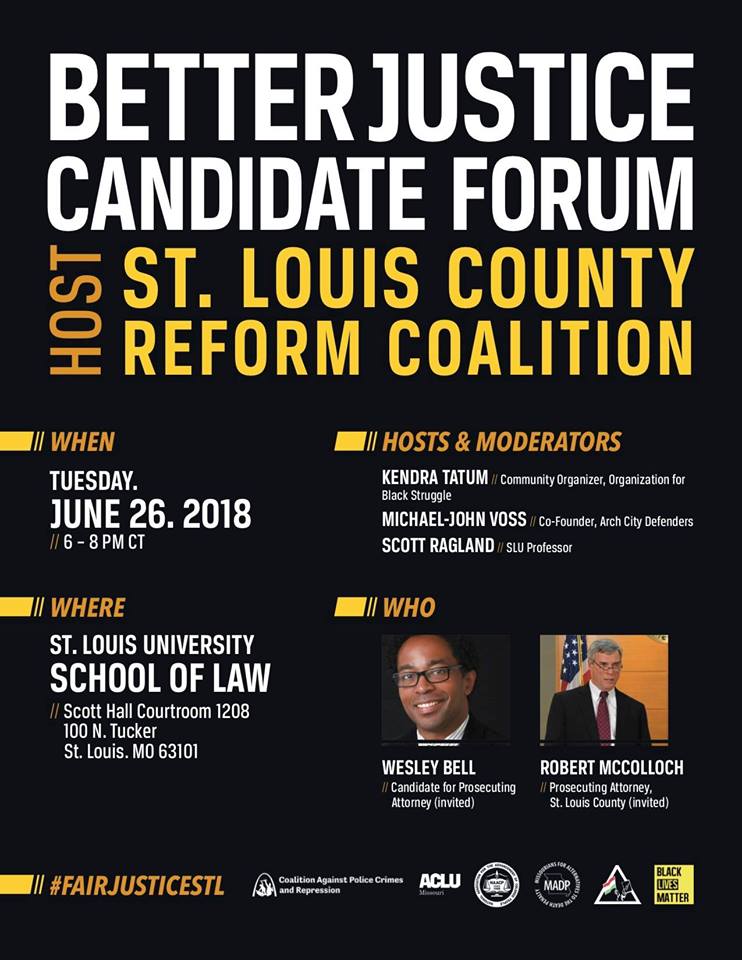 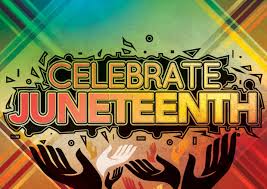 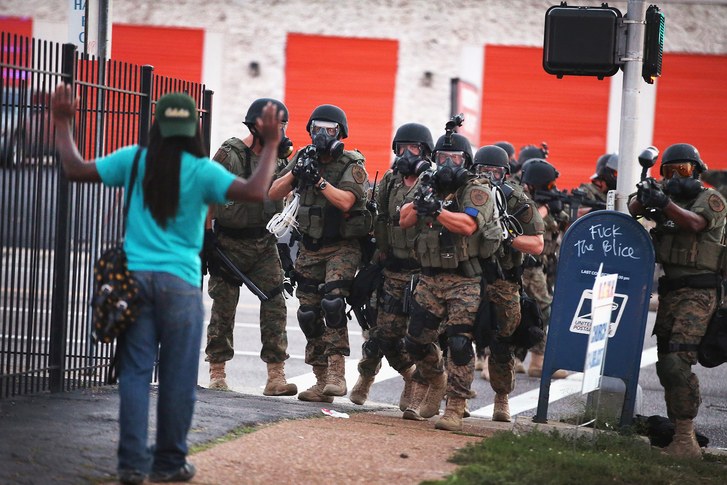 The City of Ferguson simply needs to do better when it comes to rectifying the unconstitutional policing that was exposed by the 2014 Ferguson Uprising and the March 4, 2015 Department of Justice’s report on the Ferguson Police Department report. Half-measures currently being implemented are not enough to make whole again the people victimized by the city’s past conduct. Ferguson’s reluctance to solve these problems fully and completely impact our neighbors’ ability to live, work, and raise their children in our community and could well affect citizens’ right to vote this August.

As documented in the Department of Justice’s report on our city’s practices, in the years preceding 2014, Ferguson created and carried out a scheme to generate revenue on the backs of the community – primarily people of color living in Ferguson and the surrounding area. This has resulted in thousands of lingering cases and outstanding warrants that continue to reinforce the city’s unconstitutional practices. For this reason, the Consent Decree between the DOJ and the City of Ferguson requires that Ferguson eliminate all charges, fines, and fees for Failure to Appear violations and review the other lingering cases from before 2014 to see if they too should be dismissed.

Ferguson is still reviewing the pending cases initiated prior to 2014. Due to pressure from the Ferguson Collaborative, the city has dismissed a majority of the outstanding cases by changing the good cause standard, including those for Driving with a Suspended License stemming from the city’s unconstitutional revenue-generating system.

The City of Ferguson must take immediate action to correct the harms that the Failure to Appear warrants have caused. For example, a valid driver’s license is most often the only photo I.D. that Ferguson’s citizens have to comply with new voter I.D. laws, yet those whose licenses are suspended do not have valid ID. The city should be doing everything possible to get wrongly suspended licenses reinstated and back into the hands of the people from whom they were unconstitutionally taken.

To truly end this ongoing crisis in real people’s lives, the Ferguson Collaborative is demanding  that the City adopt some solutions.

The city must dismiss all remaining municipal cases and associated warrants from pre-January 1, 2014, non-adjudicated cases; there are approximately 2,000 outstanding cases that have not been dismissed.

The citizens with lingering court issues and suspended licenses are in a constant state of anxiety. Citizens are subject to continued employment challenges and economic burdens.

Citizens with suspended licenses may not have access to alternative identification and so are  negatively impacted by an inability to vote, a right of citizenship.

The city must notify all persons who have had their cases dismissed.

Citizens should have knowledge of their ability to reinstate licenses and resume driving. Citizens have a right to know that they are eligible to vote. Citizens need and deserve appropriate, legal identification. Notification should be mailed to all last known addresses, with further postings on the city’s website and in the Ferguson Times. Notifications shall include a clear description of the remedial processes spelled out below.

The city must create a clear, publicized, and fast process to facilitate the process of Missouri’s reinstatement of all licenses that were suspended for all cases that have been dismissed.

Citizens who have lost driving privileges and their form of voter ID should immediately have their licenses reinstated. The city must provide detailed information regarding the process to reinstate a driver’s license.

The city must create a transparent and easy process for people to obtain letters of compliance.

The city must establish a voucher system to pay for license reinstatement for ALL citizens that have been negatively impacted by a suspended license.

Citizens should have violations against them corrected at no cost.

Citizens who lost their privilege to drive, right to vote and access to legal identification because of an unconstitutional process that illegally stripped them of rights and benefits should not be economically liable to regain these rights and benefits.

Citizens should have the harm caused by unconstitutional, predatory policing practices appropriately addressed at no cost to the victims.

The Ferguson Collaborative hopes to meet with city officials to discuss and resolve these matters within the next week. If we cannot come to an adequate solution quickly, we will begin exploring other means of enforcing a just result for a community still suffering from the after-effects of earlier injustices, and suffering as well from the current failures of city government to live up to its responsibilities.

Board Bill 234 establishes an Independent Force Investigative Unit within the Circuit Attorney’s office for criminal conduct within the SLPD will be re-introduced this legislative session.

Good Morning Distinguished Members of the Committee. I appreciate the opportunity to come before you today.

For the last several years, the Organization for Black Struggle –in collaboration with our partners in the Coalition Against Police Crimes and Repression—have been facilitating a community engagement campaign on “Reenvisioning Public Safety.” The goals of the campaign were to take our public consciousness past crime-fighting (reactive) to addressing the root causes of crime (proactive and preventive). The knee-jerk response to crime in our city is to shout more police. That is not the only answer to our crime problems and our current situation is a testament to this fact.