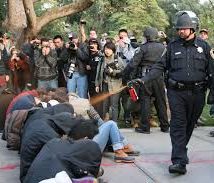 The showdown has been coming for some time. The Ferguson uprising. Police repression during the Stockley verdict protests. Unprecedented community involvement in the search for a new police chief. The chief’s overhaul of the police Force Investigative Unit and new leadership in SWAT/Mobile Reserve. The election of St. Louis County Prosecuting Attorney Wesley Bell. All have created momentum for real change.

Those closely watching the St. Louis police, and the community most affected by police abuse, have long known about bad cops. Those who plant drugs or guns and hide their actions behind boilerplate arrest reports. Those who are trigger-happy, especially in communities of color. Defense attorneys have their own lists of cops who play fast and loose with their clients’ lives. Whistle blowing by the Ethical Society of Police has confirmed cops of conscience inside the department also know who the bad actors are.

The Coalition Against Police Crimes and Repression (CAPCR) is confident these lists are consistent with Gardner’s list of 28. Gardner deserves kudos for taking a stand. Let’s be clear: Gardner’s decisions have to do with fair and effective prosecution, and she is not responsible for internal police due process or the ramifications for these officers’ jobs. Still, she would provide a community service if she would publish the list, names redacted as required by Missouri Sunshine law, showing the reasons for each officer’s exclusion. Such a release would provide a roadmap for needed change.

Attention could then turn to the executive branch to push for a response. This is a test whether the mayor, the director of Public Safety and the police chief understand the times we are in.

Chief Hayden’s response to the current situation has so far been to stick with his troops, at least in public. We encourage him to tone down any rhetoric and work behind the scenes to take on the police union (who had an interest in leaking the list, thereby turning a cooperative effort into a public confrontation) and the entrenched network of good ol’ boys who support each other in “owning the streets.” We will learn if his bosses will have his back.

Some changes must come from other areas of city government. One brewing issue that folds into the exclusion list: the Force Investigative Unit (FIU). Chief Sam Dotson created this unit in the wake of Michael Brown for the purported purpose of professionalizing investigations of police shootings. However, the FIU has been plagued by a backlog of cases, sketchy members and conflicts regarding coordination with the Circuit Attorney’s Office. Gardner has proposed that her office expand so that it can take over leadership of police shooting investigations.

This would help solve the issue of police investigating themselves. But there would still persist the problem of circuit attorney investigations of police misconduct committed during the commission of crimes by others; the police officers involved claim they can’t aid in the prosecution of the underlying crime because they themselves are in legal jeopardy. Their choice to plead the Fifth Amendment is purported to be a major reason for adding them to the exclusion list.

The solution? CAPCR advocates that the Board of Aldermen move FIU’s functions to a new Department of Civilian Oversight. Besides looking at police shootings, the new unit could also investigate allegations of police misconduct involving a civilian prosecution, alleviating this conflict between the circuit attorney and police. The new department would assure independence and neutrality. It might someday house the Civilian Oversight Board and oversight of the city jails.

The coming period could be a time of rapid cooperative growth – or a period of unproductive conflict and stagnation. Let’s hope we don’t have to force our city leaders to learn the lessons of recent years. They need to opt for substantive change.

Jamala Rogers and John Chasnoff are co-chairs of the Coalition Against Police Crimes and Repression.