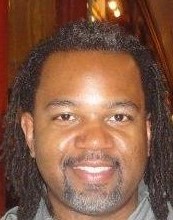 The struggle of Black workers is one of OBS’s foundational areas of work. Al Lumpkins, the organization’s first chairperson, was an auto worker at the General Motors plant in St. Louis. Throughout the years, OBS has had many auto workers as members and supporters. Our history of organizing with Black workers, especially in auto, goes deep and wide.

The United Auto Workers union (UAW) is in the third week of its strike against General Motors. As a member of UAW Local 2250, I’d like to share with you some of key issues we’re fighting for. The major points of contention are health care, better wages and job security.

In 2009, the auto industry experienced a recession and GM had to file for bankruptcy. The UAW helped GM get through this period by agreeing to several concessions. One of those was the increased use of temporary workers who were hired at much lower wages and with far less benefits.

Today, there are many temps (some who’ve been there for four years) working side by side with more tenured workers but making half as much in pay and with hardly any off days. They also have no path to ever becoming permanent. Additionally, there are many other permanent workers (including myself) who began as temps and are “in progression” to making top pay. We strongly believe there should be equal pay for equal work.

Despite record profits the past couple years, GM wants to increase the amount workers pay for health insurance. Currently we pay 3%, but GM wants to increase that to 15%. For nearly five years, we have worked six days a week. With the grueling work schedule and conditions, we feel it’s important for GM to continue to invest in our health and productivity.

The UAW would like for GM to commit to building more products in the U.S. Earlier this year four plants were idled. The negotiations include reopening all or some of these plants.

It quickly became evident during these past few weeks just how much of a ripple effect this work stoppage has on the economy. Businesses—small and large—that rely on GM contracts and patronage by workers have cut back hours or laid off workers. GM workers are demanding that our hard work and sacrifice to be reciprocated so we can provide for our families and help our communities prosper.

Halisi Lester is an OBS supporter and board member of the Rowan Community Center.